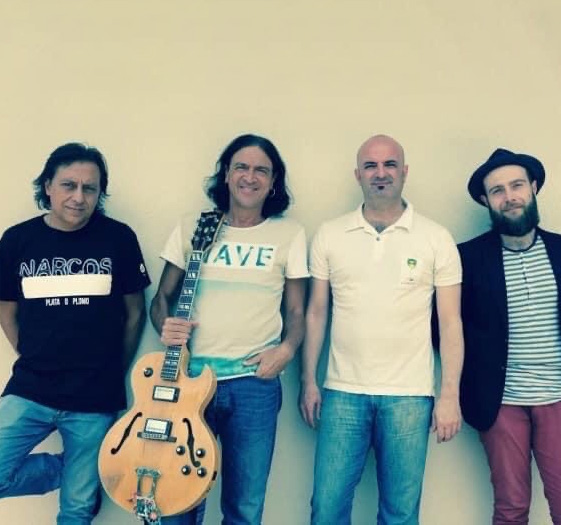 Antonio Onorato New Quartet, an interesting new line-up (with pianist/keyboardist from Salerno, Alessandro La Corte, and the Neapolitans Giuseppe Arena on bass and Mario De Paola on drums) that will take the characteristic sunny Mediterranean sound of the Neapolitan guitarist on tour. This time they will start from the sounds of the first album “Gaga” to “Vesuvio Blues”, moving from Brazilian atmospheres to American Indians, from jazz to rock-blues, but with the Neapolitan melodic tradition always in our heart. 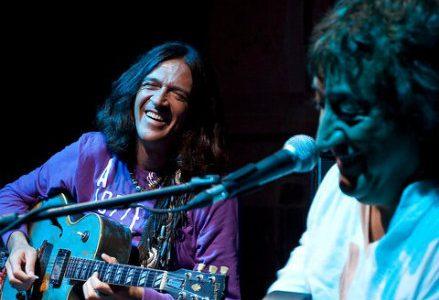 The artistic collaboration between Antonio Onorato and Toninho Horta, “The King of Harmony” – so defined by Carlos Antonio Jobim – started in 2000 and their friendship was already sealed in Onorato’s CD Un Grande Abbraccio.

Exactly 10 years later, they begin recording a CD in a duet in which the music of Onorato merges with that of Horta and viceversa; projects, From Napoli to Belo Horizonte, which is the title of the album, includes original pieces by the two artists, but also classic Neapolitan songs and mineira which meets, creating a strong link between the two cultures, seemingly so far away, but in music, so close and assonant. 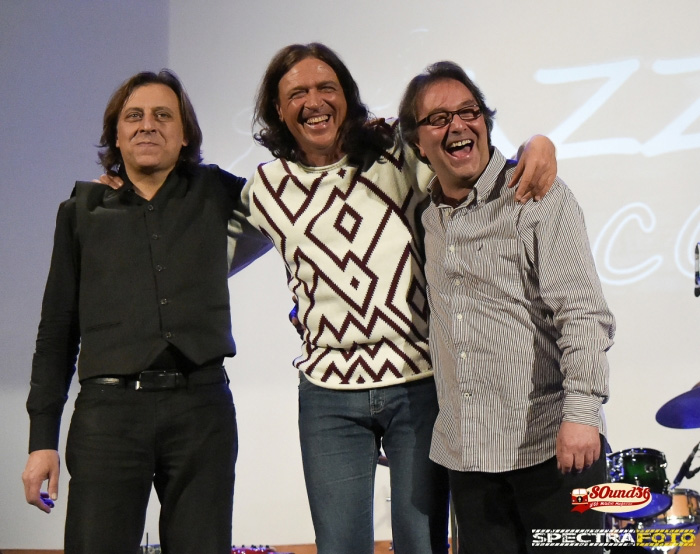 “With this project, Onorato sets a path that leaves no doubt. The Horizon is African American, but lived on the basis of a number of indigenous colours that brightens its mainstream memory leak tarantellesche or Saracens, who allow themselves to take in from the omnivorous power of jazz improvisation as a phoenix that rises from its own ashes more, at each notice of reckless “De Profundis”.

Covering his 25-year career and some of his most famous CDs, the guitar virtuoso will play pieces from his discography on his Gibson 175, acoustic and classical guitar and breath guitar. Angelo Farias on bass and Mario De Paola on drums will accompany him on this journey through Mediterranean flavours and the colours of Africa, the Americas and the Middle East. 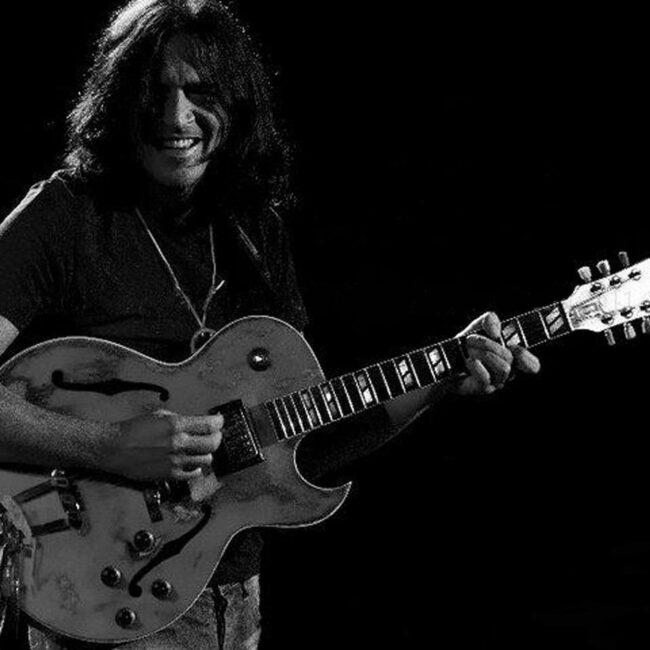 A trip around the world, in countries where Antonio Onorato has brought his music and where it has been confronted with different cultures on an equal level of mutual human exchange and enrichment. This musical journey will depart from Naples, a city of Onorato, to arrive in the Americas, Africa, the Middle East, India and then return to his origins in southern Italy. The atmosphere will be created thanks to its “special guitar” from the acoustic to the double neck, guitar, breath guitar, the sitar, and tunings used, many of them invented by the musician himself 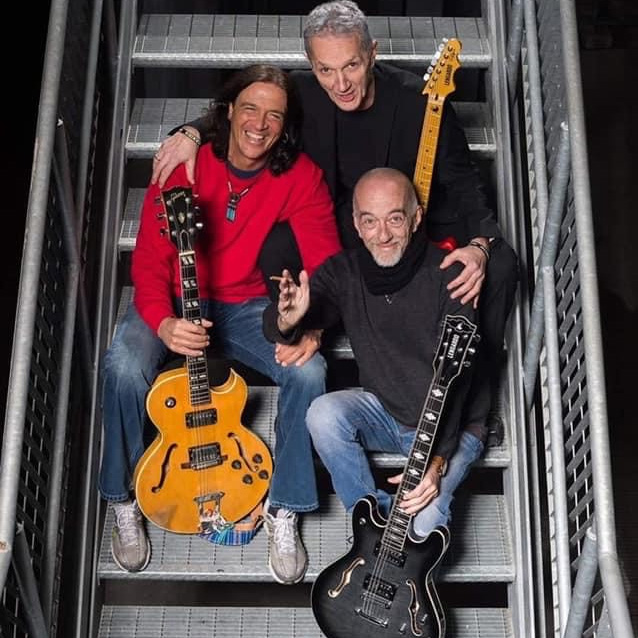 Antonio Onorato, Gigi Cifarelli, Fabio Mariani: three of the most outstanding Italian jazz guitarists together in an extraordinary musical project… 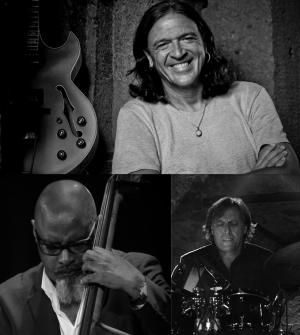 The Onorato-Cannon-De Paola builds a bridge between Naples and New York, between the Mediterranean/Parthenopean melodic tradition and the Afro-American one.
Antonio Onorato, multifaceted jazz guitarist and composer as well as a leading exponent of NEAPOLITAN POWER, a musical movement born in Naples and represented by musicians such as Pino Daniele, James Senese, Tullio de Piscopo, meets the eminent double bass of Gerald Cannon, considered the natural heir of Ron Carter and current member of Mc Coy Tyner’s band, legendary pianist of John Coltrane.
The two jazz musicians will be supported by the refined but powerful drumming of Mario De Paola, one of the best Italian drummers.

This will close in 30 seconds

We use cookies on our website to give you the most relevant experience by remembering your preferences and repeat visits. By clicking “Accept”, you consent to the use of ALL the cookies.
Cookie settingsACCEPT
Manage consent

This website uses cookies to improve your experience while you navigate through the website. Out of these, the cookies that are categorized as necessary are stored on your browser as they are essential for the working of basic functionalities of the website. We also use third-party cookies that help us analyze and understand how you use this website. These cookies will be stored in your browser only with your consent. You also have the option to opt-out of these cookies. But opting out of some of these cookies may affect your browsing experience.
Necessary Always Enabled

Performance cookies are used to understand and analyze the key performance indexes of the website which helps in delivering a better user experience for the visitors.

Analytical cookies are used to understand how visitors interact with the website. These cookies help provide information on metrics the number of visitors, bounce rate, traffic source, etc.

Advertisement cookies are used to provide visitors with relevant ads and marketing campaigns. These cookies track visitors across websites and collect information to provide customized ads.

Other uncategorized cookies are those that are being analyzed and have not been classified into a category as yet.